So, the Army Corps of Engineers was in charge of building a hurricane protection system around New Orleans, as ordered by Congress in response to Hurricane Betsy. There are a lot of interlocking political entities–levee boards, New Orleans Sewerage & Water Board (S&WB), etc.– No. It’s not all right and you probably can’t get across the river right now anyway.

My high school years in Bergen County are peppered with memories not of classrooms and despotic Vice Principals, but of subway rides into Manhattan, afternoon rides on the Staten Island Ferry (cheap fun for a truant), and hustling rides ten to a car down the Garden State Parkway to Asbury Park and Seaside Heights, which were never called by name, only referred to as “The Shore.” I picked splinters out of my feet after walking the now destroyed boardwalk in barefeet like an idiot. I was kissed sweetly in the sand that has now buried cars and shifted houses off their foundations. I rode the rollercoaster that now sits in the Atlantic. At least I think that’s the one I rode after being dared.

My last decade has been shaped by the Federal Flood, otherwise known as Hurricane Katrina. The landscape around me has changed since then in both good and bad ways. My interior landscape is forever changed by that experience.

I heard Seaside Heights’ Mayor Bill Akers on CNN this morning. He said that when he hears what’s going on in other areas his heart goes out to them. His voice broke when he said he was trying to keep emotion out of it. For now. I was on my dry couch in New Orleans in tears.

We here in New Orleans watched the NASA shots of Sandy headed your way. She was huge, well organized, aimed at you and we knew how that felt. She was perfect, as Katrina was, actually beautiful when viewed from the safety of a distant satellite lens. We saw the targets on your backs and understood, possibly as no other group of people can.

Initially there was some bitter grousing about our having had to defend our City’s right to exist and be rebuilt, something you might not have to do. We weathered the nasty comments about our being idiots living below sea level, and even nastier comments about tax payer money being wasted on morons and ingrates and freeloaders. These comments were ubiquitous after Katrina, but we wouldn’t wish what you’re dealing with on anyone because we’ve been there.

We endured extreme heat, while you folks have to deal with unbelievable cold, as the power went out and stayed out. We are also a city in which some people don’t have cars, so we understand the New Yorkers who are utterly stranded as the Subway tunnels have turned into something better navigated by gondolas than train cars. We know as we see aerial views of Asbury Park, Seaside Heights, Atlantic City, and all the coastal towns that what we’re seeing in no way shows us the length and breadth and depth of the devastation. We know you aren’t overstating it when you say it looks like a war zone. We understand the loss of everything you own. We know the tears you’ll shed as your kids’ yearbooks and baby pictures are gone forever. We understand your toughness, your determination to rebuild, your compassion for your neighbors and your statements about your family being fine and your losses were “only stuff.”

Now for the unsolicited advice:

I voted for you. Twice. I felt then and feel now that you really want to work with the community. I felt then and feel now that having grown up here in New Orleans, you have a deep connection to the City, its people and its culture in all the various forms that culture presents. That said, I am greatly concerned, as are many others, that some of the cultural heritage unique to this City will soon be obliterated by bad laws, pressure from monied property owners (both natives and newcomers), and the pursuit of money for the City coffers which admittedly could use some shoring up.

Unfortunately it often looks as though that shoring up is being done on the backs of the regular working folks via traffic cam tickets that are a hardship on just about everyone trying to make it month to month, crazy new taxicab regulations that are a hardship on many career cab drivers, unwieldy and seemingly serendipitous permitting requirements on club owners who are the small business owner/job creators we hear about every day, more permits on the smallest of entrepreneurial business owners–the vendors at Second Lines, and on the culture bearers themselves—the musicians and artists who create the culture that draws visitors to our City every year from all over the world. Lately we’ve heard words like noise, crackdown, permit, and ordinance used to intimidate bands off of street corners, to cause clubs to stop live music for fear of total shut downs, and as you know, those words have been a sometimes unspoken threat to parades and Indians for a long time. 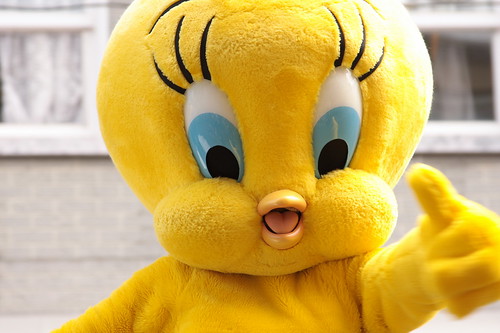 From the “Things to Do” section of the New Orleans Convention and Visitors’ Bureau website: It is… A text message from a neighbor: “Did you see your mail today?” I hadn’t. Intrigued I headed…